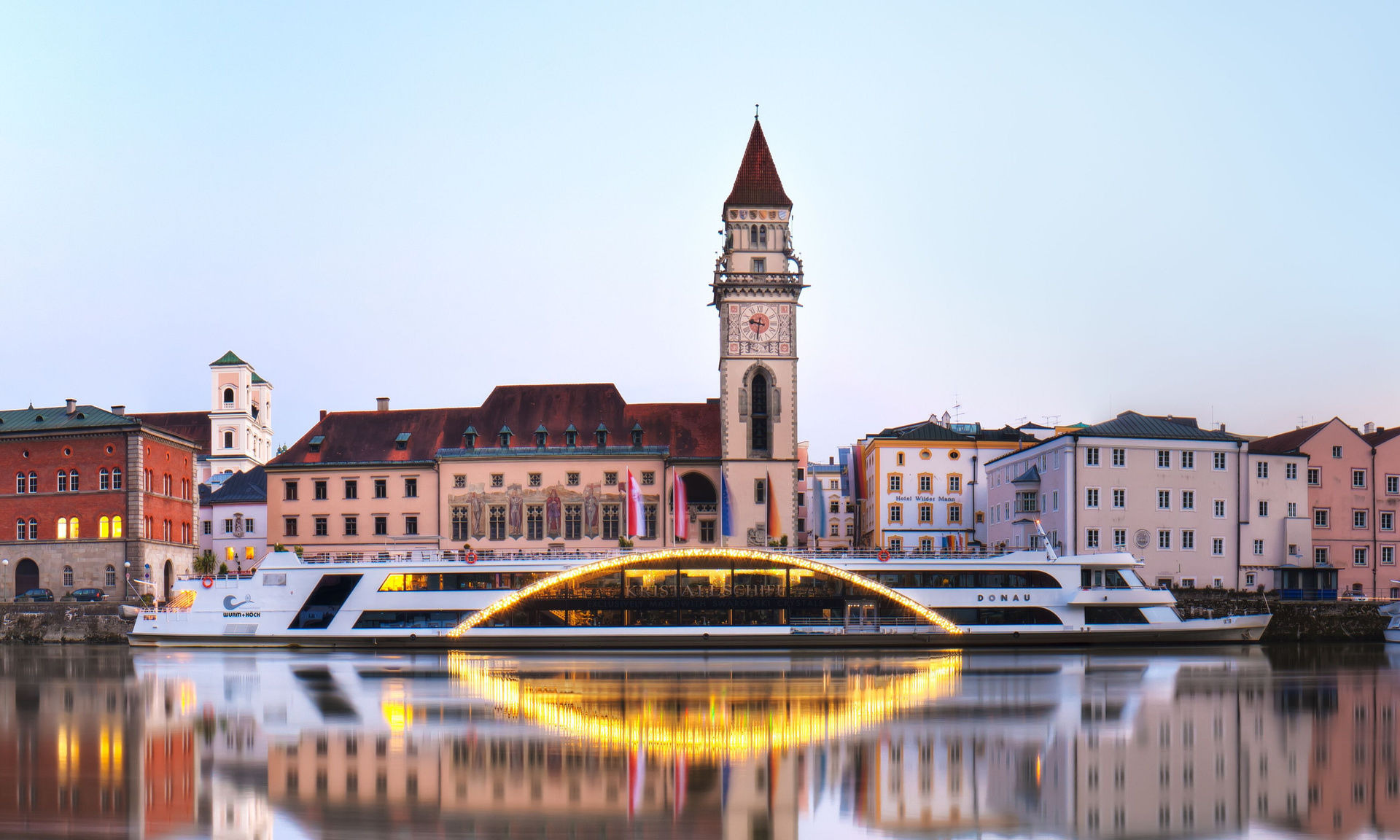 On warm summer nights, our three-river-city (also called “Venice of Bavaria”, due to the rivers Ilz, Inn and Danube that run through it) shows its extraordinary charm and invites you to take a stroll and stop in one of the many romantic beer and terrace gardens. Large tour boats and luxurious cruise ships depart from here to various holiday destinations in the beautiful countries along the Danube.

Only two minutes walking distance away from the Hotel Koenig and in the middle of the Italian-baroque old part of town is the dome "St. Stephen", which boasts the world’s largest church organ. Visitors from all over the world are drawn to this object of interest, which is a definite “sight-seeing must” when coming to Passau.

The castle “Veste Oberhaus” covers about 65 square metres and is one of the greatest and largest castles in Europe. The castle was threatened by enemies only five times throughout history – but remained undefeated every time.

The year 1298 is of particular interest since this was the time when the citizens of Passau dared to rebel against the bishop. Consequently, the bishop fired at the city - which was so severely damaged - that the citizens gave up a short time later. In 1367 the citizens' second attempt to attack the bishop was more successful as they conquered the Niederhaus (lower house). But nevertheless, they were again doomed to fail because Veste Oberhaus was under the command of the war experienced Austrian knight Johann of Traun, who defended the castle victoriously…

Since 1991, various permanent exhibitions showing the commerce and change of the town are open for viewing, as well as varying special historical exhibitions.

Organ recitals take place weekdays at 12:00 pm and every Thursday at 7:30 pm from the beginning of May through the end of October. Tours of the dome are offered May through October on weekdays after the organ recital at 12:30 pm.

City tours starting from the dome take place from April through October daily at 2:30 pm and weekdays also at 10:30 am.